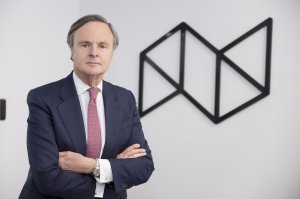 He was Secretary of State for Security from 1996 to 2000. As a member of the Spanish Diplomatic Career he held different positions abroad until he was finally appointed Head of Protocol and Activities of the House of His Majesty The King of Spain.

He is currently Chairman of the Tomás Pascual Institute for Nutrition and Health, President of the Ankaria Foundation and a member of the Board of Trustees of the Juan March Foundation.

Mr. Martí Fluxá holds a law degree from Universidad Complutense de Madrid, studied at the Diplomatic School and is a member of the Madrid Bar Association.

He is President of the Board of Directors since the 8th March 2017. 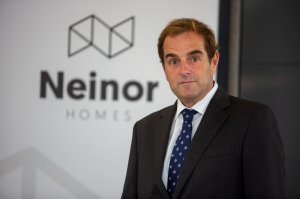 Borja has extensive experience in the field of residential development, project management in real estate and industrial sector and strategic business planning.

In June 2016 he joined Neinor Homes as Technical Director of the Northern area, from the developer company Construcciones Gerrikabeitia where he carried out technical management and construction tasks for the group's developments, urban management, land acquisition and sale, planning and general business supervision.

Previously, during his first professional stage he was linked to the industrial world in the company Befesa Zinc part of Abengoa Group, where he led the continuous improvement of processes and the environmental situation of the company as Deputy Production and Technical Director, also being responsible for external relations, various management systems and benchmarking with other group factories distributed throughout Europe.

He has also been member of the board of directors of companies such as Abengoa, Sondika Zinc and Zindes and collaborator of Aclima and Eurometaux based in Brussels.

After graduating from a High School in the USA, Borja studied Industrial Engineering at the Higher School of Industrial Engineers of Bilbao and holds a master's degree in Business Administration INSIDE from the University of Deusto.

Borja is a member of the Board of Directors with the position of CEO since April 8, 2019; and member of the Land Investment Committee.

Aref H. Lahham is a Managing Director and a Founding Partner of Orion Capital Managers and serves on the Firm’s Investment Committee.  He is located in Orion’s London office and acts as Orion’s Chief Executive and Chief Investment Officer setting the strategies and leading the Orion acquisition team and investment activities, as well as directing asset management activities on a significant number of Orion investments.

Mr. Lahham has 34 years of real estate investment and development experience in the United States and Europe.  Prior to forming Orion in 1999, he was a Managing Director with LaSalle Partners, which he joined in 1992 and headed its French operations and investment activities.

He was also previously a Member of the Board and Strategic Committee of the French listed real estate company, Société Foncière Lyonnaise.

Currently he is the Chairman of the Land Investment Committee of Neinor Homes since 12nd December 2019.

He is a member of the Board of Directors since 12nd December 2019. 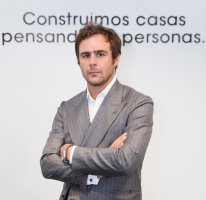 Juan Pepa is one of the two founding partners of Stoneshield Investment Funds and currently serves as co-head of the firm.

Previously, he worked at Lone Star Funds (from 2008 to 2017) where he was appointed partner and responsible for sourcing, underwriting Real Estate, structuring; also having ongoing oversight of over €10 billion in real estate asset and debt investments across Europe.

During this time, Juan was involved in multiple investments in various asset classes such as offices, retail, hotels, residential and industrial assets located in several countries including Spain, Germany, the UK, the Netherlands, France, Belgium and Switzerland. In addition, during his last years at Lone Star, he led the firm's investment in Spain and Portugal, where he actively participated in the IPO of Neinor Homes.

Juan is a graduate of the Universidad de San Andrés (Buenos Aires) and holds an MBA from Babson College in Massachusetts.

Mr. Pepa is a member of the Land Investment Committee of Neinor Homes. 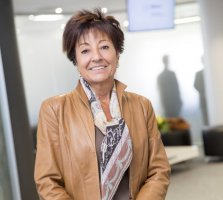 She is former Minister of Science and Technology of the Spanish Government, former General Secretary of Banco Sabadell and former Vice President of Renta Corporación. She has a Ph.D. in Economic Sciences, she began her professional activity in the Department of Industry and Energy of the Generalitat of Catalonia, eventually becoming General Director of the Information and Business Development Center (CIDEM) and President of the Consortium for the Commercial Promotion of Catalonia (COPCA). She was CEO of Retevisión (now owned by Cellnex and Vodafone groups), from which she led the expansion process of the telecommunications operator through its subsidiaries (now owned by Orange).

She has been a Counselor in companies from various sectors and geographies. She is member of the Circle of Entrepreneurs and the Business Circle Board. She is closely related to the leading Business Schools IESE, of which she chairs Finaves, the international center to fostering initiatives through seed capital, and Esade, of which she is member of its Professional Advisory Board.

She is currently a member of the Audit and Control Committee and the Appointments and Remuneration Committee of Neinor Homes.

She is a member of the Board of Directors since the 8th March 2017.

Van J. Stults is a Managing Director and a Founding Partner of Orion Capital Managers and serves on the Firm’s Investment Committee.

Mr. Stults has 42 years of real estate investment management experience.  Prior to forming Orion in 1999, Mr. Stults was a member of the Board of Directors of LaSalle Partners (now “JLL”), a Managing Director, a member of the Operating Committee and head of European investment activities. Mr. Stults joined LaSalle Partners in 1984.  Prior to LaSalle Partners, he was the Assistant Treasurer of Lane Industries, a private family owned U.S. conglomerate, and prior to Lane Industries, he was a Commercial Banking Officer at the First National Bank of Chicago.

Mr. Stults is a member of the Pension Real Estate Association and is a Global Governing Trustee of the Urban Land Institute.

Mr. Stults holds a BS degree in economics from Claremont McKenna College and MBA in finance and accounting from the University of Chicago Booth School of Business.

Also he is currently member of the Boards of Appointment and Remunerations Committee, Land Investment, and Audit and Control Committee of Neinor Homes. 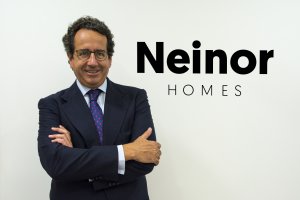 Previously, Mr. Rodés was CEO of Media Planning Group (“MPG”). MPG was a company controlled by the Rodés family that merged with Havas in 2001. Mr. Rodés joined MPG in 1996 as Head of Corporate Development, from where he led the group's expansion into Latin America, North America and Asia. He previously developed his professional career in private banking. Mr. Rodés is a Director of Havas S.A. since June 19, 2012. Additionally, he participates in other boards of investment vehicles controlled by the Rodés family.

He is currently the Chairman of the Audit and Control Committee, and a member of the Appointments and Remuneration Committee of Neinor Homes.

He is a member of the Board of Directors since the 8th March 2017. 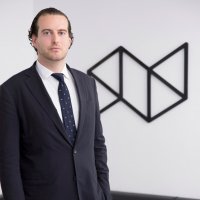 Felipe Morenés Botín-Sanz de Sautuola is currently a founding partner at Stoneshield Capital. Previously, he was director for Lone Star Spain Acquisitions S.L.U., an affiliate of the General Partner of Lone Star, whereby he focused on the analysis and underwriting of European investment opportunities. At Lone Star he was responsible for underwriting, structuring and monitoring of various European Commercial Real Estate equity and debt investments. Prior to joining Lone Star in 2013, Mr. Morenes served for 5 years as a UK M&A Associate Director at UBS Investment Bank and in the same role at the Credit Structuring Desk within UBS's Fixed Income group in London. During his time at UBS he advised in M&A and capital raising transactions and structured financings for clients including banks and hedge funds.

He is currently a member of the Audit and Control Committe, Appointment and Remunerations Committee and of the Land Investment Committee of Neinor Homes.

Mr. Morenés was reclassified from Independent Director to Proprietary Director on January 26th, 2022, the date on which the Appointments and Remuneration Committee approved his change in status and which was subsequently ratified by the Board based on article 529 duodecies of the Capital Companies Law. 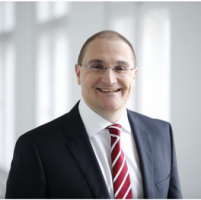 Mr. Segal has over 20 years of experience in the Real Estate sector. He was a member of the board of directors of several listed Real Estate companies, among others, BUWOG Group, Deutsche Wohnen and GSW Immobilien.

Mr. Segal, has a Bachelor’s Degree in Business Economics from University of Berlin FU (Germany) and is a certified Lawyer. He also has an Advanced Management Program (AMP) from Harvard Business School, Boston (USA)

He is an independent non executive member of the Board of Directors since February 27th, 2019.

Mr Segal is a member of the Land Investment Committee of Neinor Homes. 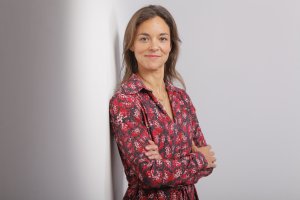 Silvia López Jimenez - Secretary of the Board of Directors

Silvia is partner of the real estate department of the law firm Roca Junyent and has more than 15 years of professional experience in real estate, corporate legal counsel, corporate governance, compliance and social responsibility as General Counsel and Secretary of the Board.

Prior to joining Fieldfisher she served as General Counsel at Neinor Homes, S.A., Legal Manager in the Transactions department of the Company for the Management of Assets arising from the Restructuring of the Banking System (SAREB), General Counsel for Spain and Portugal at Virgin Active, senior associate and associate in the Real Estate departments of the law firms DLA Piper and Garrigues, respectively.

She teaches real estate law in several master’s programmes at the Instituto de Empresa, Universidad Politécnica de Madrid, ISDE and the Centro Universitario Cardenal Cisneros and holds a law degree from the Universidad Autónoma de Madrid and a master’s in Business Law from the Centro de Estudios Garrigues.